German for the tourism industry 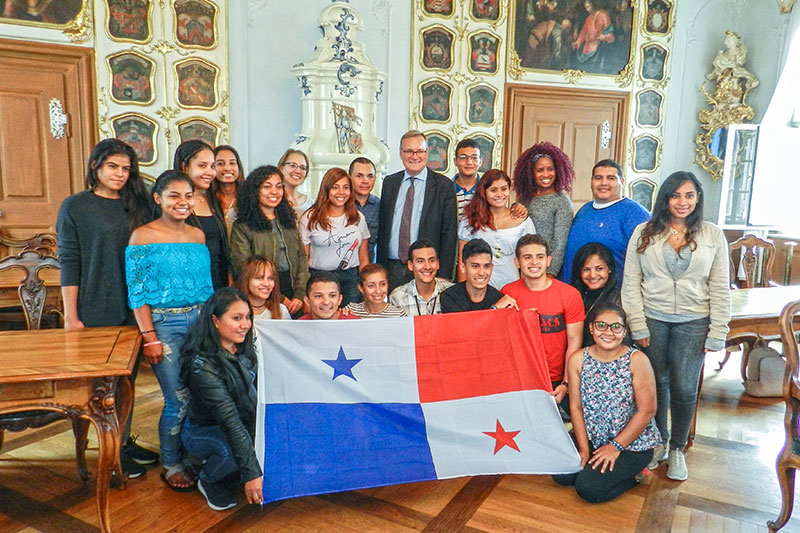 In order to strengthen their own tourism, the government of Panama sent a group of 20 young professionals from the tourism industry to Germany in 2018. Their exclusive partner was the Sprachinstitut TREFFPUNKT where they intensely learned German for four months. The young professionals learned German here in Bamberg in order to communicate more easily with German tourists coming to Panama, and to get them excited about their country.

The group from Panama was divided into two small groups. In those groups, they learned German at the Sprachinstitut TREFFPUNKT in the mornings, and then in the afternoons and on the weekends, they participated in a special cultural and tourism program. After four months in Bamberg staying with German host families, they had become experts in Germany and the German language  and very enthusiastic fans of Bamberg!