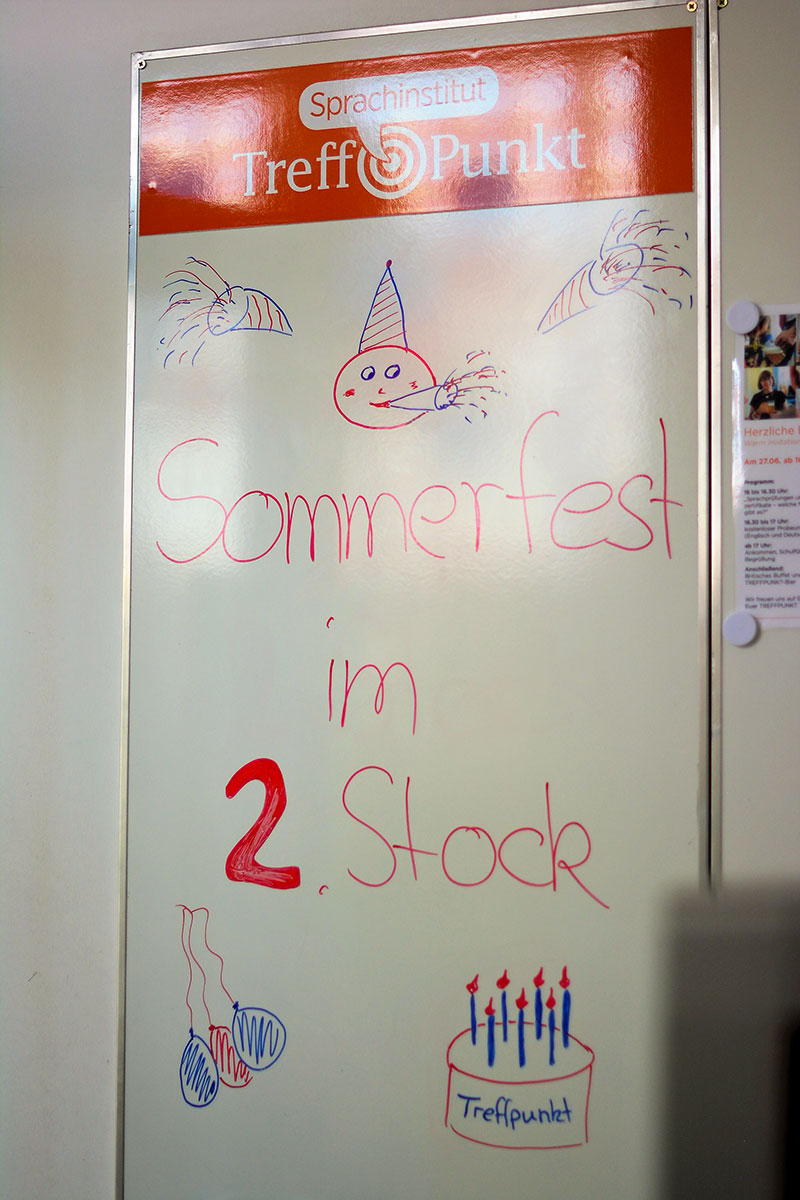 "Language changes erverything" was the motto of the large summer party that was celebrated by the Bamberg language institute TREFFPUNKT at the end of June. On that day the visitors experienced a diverse program with a lot of activities. It started with an information event that presented the different language exams and language certificates that students can take and earn at the institute. There was a 30 minute trial lesson in German and English plus a guided tour through the different rooms of the institute. Additionally, visitors could test their knowledge with a Bamberg Quiz in English or German and were rewarded with gummi bears.

After the official part which was attended by students, staff, friends, guests and representatives of the economic development agencies of the city and the district of Bamberg the culinary part of the afternoon started. A delicious British buffet was offered that included many delicacies, for example plum pudding with roast beef and horseradish and vanilla scones with orange marmalade. The language institute also served its own TREFFPUNKT lager beer and the celebrations lasted until late in the evening.

On that day exciting discussions took place, victories were won at the table football and a very special moment was the handover of a donation check of 3000 euro by institute director Kristina Schimmeyer to the family support institute Löwenzahn. With this amount of money the Sprachinstitut TREFFPUNKT supports the homework support of the family institue that helps foreign children with their homework and with learning the German language.

"It was a wonderful summer party that was a lot of fun. All participants contributed to it with great commitment", said TREFFPUNKT director Kristina Schimmeyer at the end of the day.

Impressions of the TREFFPUNKT summer party 2019