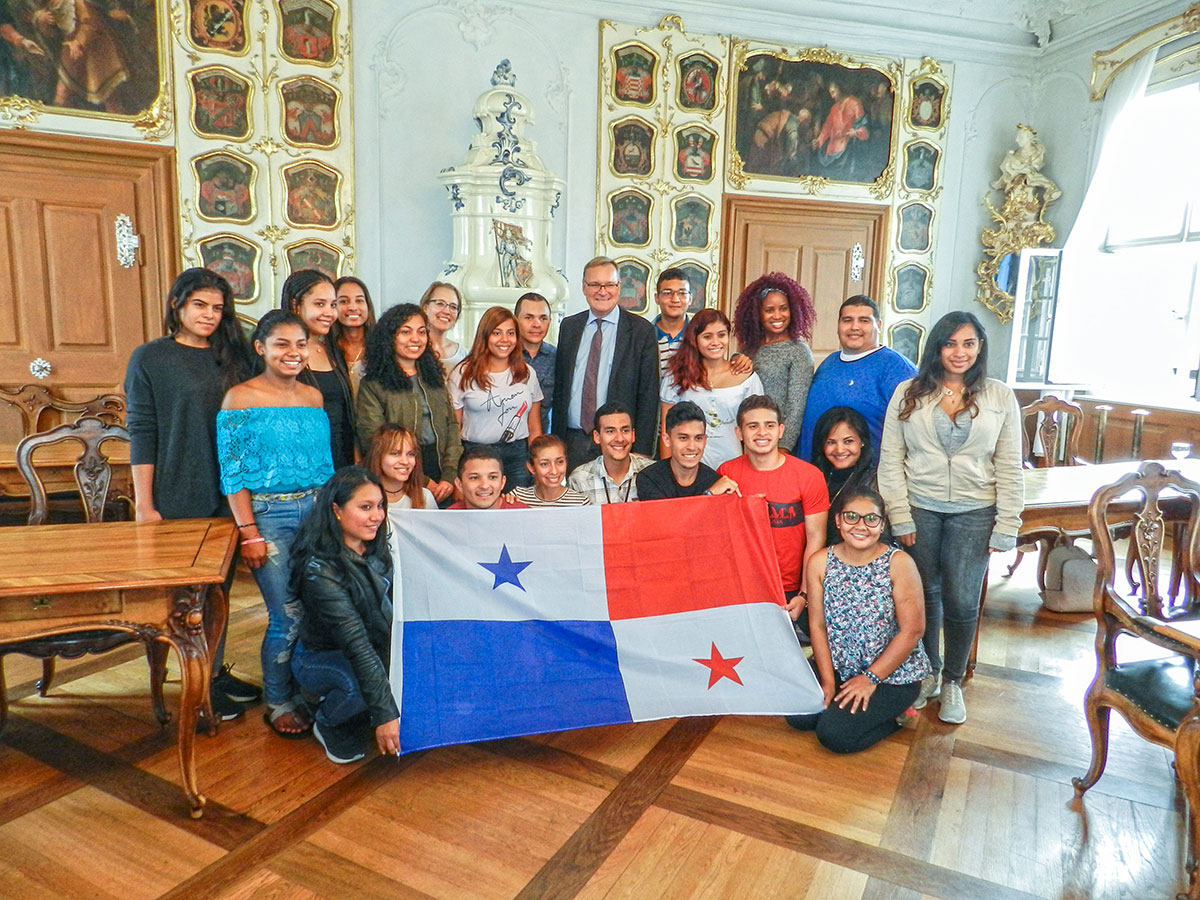 Bamberg's language institute TREFFPUNKT is currently visited by a group of students from Panama who learn German in Bamberg and explore Germany and its culture. The men and women from South America are part of a program initiated by the the government of Panama to support German visitors at the World Youth Day 2019 in Panama that will be organized by the Catholic Church.

Lord Mayor Starke welcomed the group in Bamberg. In his speech he presented the city and its peculiarities to the students. He also inquired about the first impressions collected by the South American guests in Bamberg. Lord Mayor Starke was also able to convince himself that the intensive German language lessons of the students already began to bear fruit and that a conversation in German with the group was already possible.

Impressions of the reception