From Student to Intern

At TREFFPUNKT there is a new Intern, Alex from the USA. She can't seem to get enough of TREFFPUNKT, not only is she the new intern, but she is also an ex-student!

Read about her TREFFPUNKT experience here:

Time to be an Inspiration to all German learners! 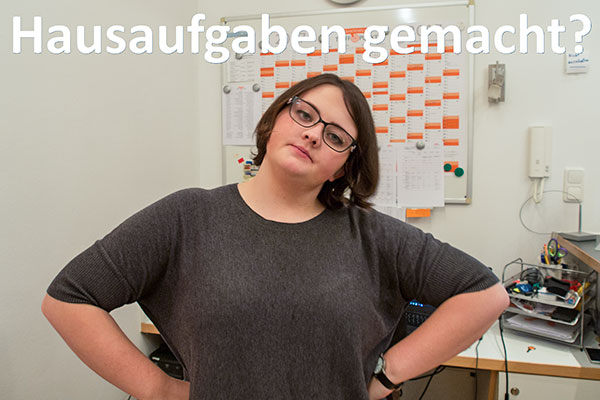 My German Comprehension Level at the beginning of my German Language Journey was at around A2.2, which simply means that I could recognize frequently used phrases and could answer simple questions. My only problem was that I had only spoken around an hour of German in my entire life before my first day at TREFFPUNKT. But the great thing about the small Class size at TREFFPUNKT I was soon talking more and more every week.

I had planned to stay for 8 weeks at TREFFPUNKT but I quickly decided to stay for an extra 4 weeks so that I would finish a complete level of German.  That meant that at the beginning of December I had finished learning all the grammar and vocabulary for B1 and was preparing to take the Goethe B1 Exam in Munich. During the four weeks before I took the exam, I also had private Lessons at TREFFPUNKT as preparation for the exam. In the middle of December 2015, I took and passed Goethe B1 Exam.

After my exam, I took a two-month break from Learning German at TREFFPUNKT and spent time with my family in the United States.
At the beginning of February 2016, I started the B2 Course at TREFFPUNKT and came to school every weekday to learn at little more and to practice my German. 16 weeks later and during the first week of June 2016 I had finished the C1 Course at TREFFPUNKT. C1 means that the student is fluent in German and can go to a German University. So that is exactly what I did. But first, in September 2016, I went back to TREFFPUNKT to freshen up my German before started my first year at University.

In October 2016, I started studying Social Work and Management at Fachhochschule des Mittelstands (A University of Applied Sciences in Bamberg). The Course in entirely in German which means that I use my knowledge and skills that I learned at TREFFPUNKT every day!
As part of my Bachelors Degree I am required to do a six-month Internship and when I was thinking of where I would like to do my Internship I immediately thought of TREFFPUNKT. Lucky for me The TREFFPUNKT Team welcomed me back and let me be their Intern.

The Teachers and the TREFFPUNKT team gave me both the confidence and community that enabled me to call Bamberg and Germany a home. With the help of TREFFPUNKT I am no longer confused and unsure when I am out and about on my own, I can understand my surroundings and participate in the culture around me. Through TREFFPUNKT s free time activities I have found my favourite Restaurants in town and decided which of Bambergs 11 Breweries is my favourite, I have also been to the Theater multiple times and gone to museums. Also thanks to TREFFPUNKT I have accomplished a couple of my personal goals, I have learned a foreign language, I am able to go to university in Germany but arguable most importantly I can now order all the pastries I want without help.

My plan now is to finish my Bachelor Degree here in Bamberg. I would also like to complete my Masters Degree in Germany. I may not know what the future holds but I know that after 8 weeks turned into two years that as long as I live in Bamberg, TREFFPUNKT will be a big part of my life and I am very grateful for that.